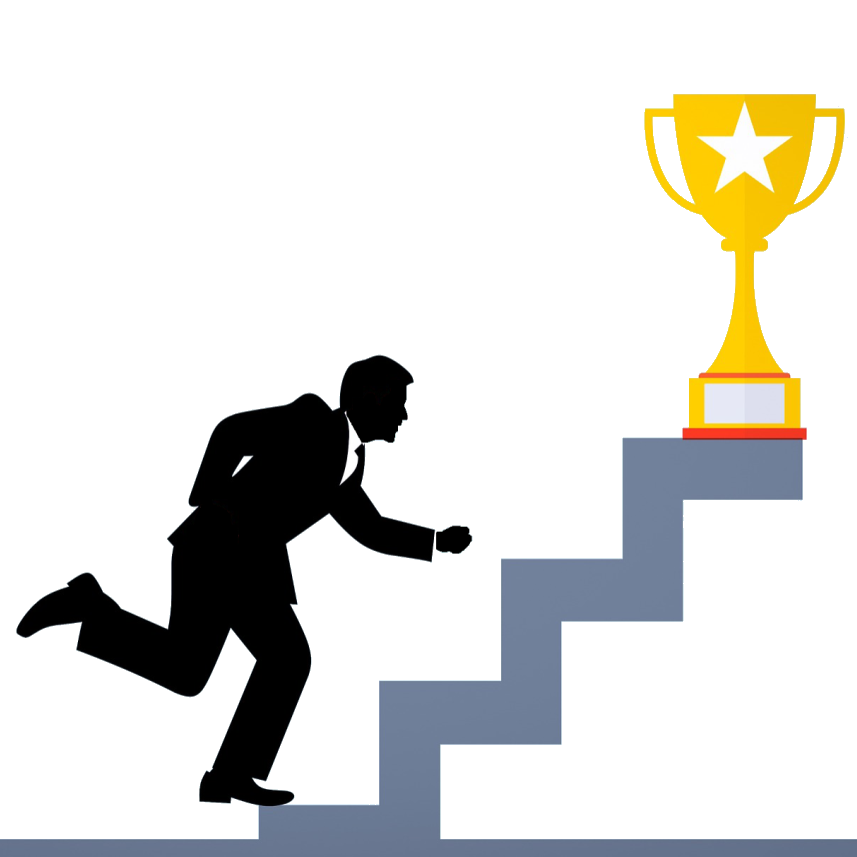 Do you ever feel like setting goals is only an exercise in futility? Are you tired of falling short of your own ambitions? Don’t give up on your dreams – make them a reality. It’s easier than you think.

What were your New Year’s resolutions this year? Are you keeping up with them? Do you even remember that you made them? Be honest. Don’t worry – you’re not alone. The fact is that most people who make resolutions (whether it be for the New Year or otherwise) end up dropping the ball. There are a thousand reasons why it didn’t work out this time, and a thousand more reasons why next time will be different. But each year it’s the same. Instead of developing all these new wonderful habits to succeed at your resolutions, the only habit you’ve developed is failing to reach your goals.

As you do this year after year, it becomes increasingly difficult to succeed, and you have to come to terms with the fact that your goal setting method isn’t working. It’s time to try something different. They say that the true definition of crazy is repeating the same thing and expecting different results. So let’s stop being crazy and put an end to this cycle of failure and create a pattern of success. Let’s try something that actually works. And I know just the thing.

I realize that’s a pretty bold claim. After years of countless attempts at goals with no noticeable differences to speak of, I can understand your skepticism. I was right there with you not so long ago. “I’m not motivated enough. I lack self-discipline. It’s too overwhelming.” That’s what I told myself every time I lost the struggle to enact lasting change. I read every book, blog and article on motivation and productivity that I could find. I followed ALL the prescribed steps: My goals were achievable and specific; I envisioned my potential future life with these goals achieved; I made detailed schedules to ensure that my plan was logistically feasible; I set up rewards, punishments and accountability partners. I did everything I was supposed to do. I dotted my i’s, crossed my t’s, and minded my p’s and q’s. And yet… zero success. But that’s all changed for me. I’m no longer that person who can’t reach their goals. And in 4 simple steps, you can begin achieving your goals too.

Step 1: Make up your mind. Do you really want this? Don’t set goals for yourself based on what others say you should do. Be sure that it’s something you truly want. It seems like something that should go without saying, but this is critically important. Many people fall victim to setting goals based on preconceived notions and social constructs without even realizing how little they really want it. Once you make up your mind that this is something you want, then make up your mind to start now. Don’t wait for the New Year or the first of the month or next Monday. You can wait for the stars to align just right but it won’t make any difference – changing yourself won’t be any easier then than it is now.

Step 2: Figure out what it takes to get it done. There’s a good chance you’ve already done this. Just honestly ask yourself what regular commitment needs to happen in order for you to meet your goal. For example, if you want to lose weight, then you need to exercise daily. If you want to write a book, then you need to write daily. I want to learn a new language, so I practice a lesson plan in a free mobile app every day. It doesn’t have to be every day, but habits are harder to form if they’re not consistent and frequent – choose wisely. The best way to develop a new habit is to make it a regular occurrence in your life.

Step 3: Go small. Ironically, this is the biggest part of the equation. Come up with a very small version of that regular commitment in step 2. Stephen Guise, the author of the book Mini Habits and creator of this notion, says you know it’s small enough when it’s “stupid small”. Make it so small that it’s ridiculously easy to accomplish. Guise says his first mini habit was to do one pushup a day. ONE! Such a minimal amount of exercise seems like a pointless waste of energy, but now he’s in the best shape of his life. His book goes into detail on how this works offering scientific & psychological reasoning why this method is so effective – it really is worth the read. Unlike the first two steps, this step is most likely a radical change from what you’re used to – this is the exact opposite of the more popular notion of aiming big and reaching for the stars. So let me explain why this is so powerful.

Establishing mini habits accomplishes so much on so many levels that it benefits you in ways you likely won’t even realize. Not only are you making small progress towards your goal, but you’re exposing yourself to success. Even if it’s a tiny step, succeeding at something increases your motivation, will-power and discipline. Having daily success is monumental in building those qualities, regardless of how small the accomplishment itself is. With the task being so stupid small, you are almost guaranteed success. Often, our failures stem from us quitting (or never starting) because we’re too overwhelmed by our lofty goals. When it’s this small, it’s almost as easy to do it as it is not to do it so with minimal effort, you can claim victory daily.

Usually the hardest part of anything is getting started. Since the mini habit is so effortless to complete, you’re extremely likely to do it. And once you’ve started, it’s highly plausible that you’ll keep going beyond your stupid small goal. I’m sure you’ve noticed this whenever you do chores like dishes or laundry – you never feel like doing it but once you’re in the thick of it, it’s not so hard to keep going. Stephen Guise is in the best shape of his life not because he did one pushup everyday but because he exercised everyday. Requiring only one pushup was enough to get him started, and getting started was enough to keep him going. More often than not, he far exceeded his goal.

It’s critical, however, that you don’t try to trick yourself with a mini habit when you secretly have a lofty daily goal in mind. Your brain won’t fall for it and you’ll be right where you’ve always been – too overwhelmed to do it at all. You have to legitimately consider success as completing your tiny goal; anything extra is just a bonus. But don’t get it twisted – setting a small daily goal is not the same as having low aspirations. You can still dream big, you can still have lofty long-term goals, you can still aim for the stars – but what you require of yourself everyday to get you there needs to be stupid small.

Step 4: Commit. This whole notion of goal setting and habit forming is completely pointless if you’re not willing to commit. Plan to do your mini habit every day. Personally, I find being strict with the time to be counterproductive. My goals are met if I do them before I go to bed, even if it’s technically at 1:32am. Some people (not me) operate better on a strict schedule – those people should schedule the few minutes necessary in their planner to get this goal done each day. Some people find it helpful to do their goal when a certain condition is met (after dinner, when they get home from work, before lunch, as soon as they get out of the shower, during their morning coffee, etc). Do what works for you, so long as you commit to doing it. Normally, this step is the scariest part of the process. But it’s so much less intimidating when you’re only committing to doing one tiny pushup, or writing one short paragraph of your book, or doing one quick language challenge on your phone. Making the commitment so un-scary makes the task so doable – and so it actually gets done.

See? Just four super easy steps. Make up your mind, figure out what it takes to get it done, go small, and commit. It’s so easy that it’s hard to believe it can be so life-changing. But trust me, it is. If you don’t believe me, just read the countless reviews on Stephen’s book and you’ll see loads of testimonials swearing by this process. Prior to reading the Mini Habits book and learning his technique, I made zero progress on my goals. Now, however, I’ve made more progress in a month than I have in over 10 years. I drink more water, I say my prayers daily, and I now know the entire Japanese Hiragana alphabet as well as several words and phrases, and even a handful of kanji. What will you accomplish?

We rise to great heights by a winding staircase of small steps.

Skip back to main navigation